I originally set up this blog to showcase the old Dope Rider comic strips I occasionally did for High Times from the mid-1970s through the mid-1980s. With High Times' 40th anniversary issue in 2014, I restarted the strip and have been doing my best to get one done for each issue. A few months after they appear in the magazine, I will archive them here. Note: all images are copyrighted by Paul Kirchner.

If you'd like a collection of all the original Dope Riders in one volume, look for my anthology Awaiting the Collapse on ebay or Amazon. If you'd like to purchase Dope Rider merchandise, visit my Dope Rider Store at CafePress.com and click on a design you like. Your patronage is most appreciated!

Driving on I-40 across northern Arizona a few days ago, I could not resist stopping to check out Two Guns. It's not exactly a ghost town, but a ghost tourist attraction with a derelict gas station. It has been heavily graffitied, with a lot of cool skull imagery. I especially like the Day of the Dead version of the iconic "We Can Do It!" image.
Unlike most so-called ghost towns, Two Guns had a Steven King-caliber history: it was built over the Apache Death Cave, where in 1878 a raiding party of 42 Apaches was killed by Navajos in revenge for their attack on two Navajo camps.
In 1922, Henry Miller, who called himself Chief Crazy Thunder and falsely claimed to be an Apache, made an arrangement with the property's owner, Earle Cundiff, to develop it as a tourist attraction. He had fake Indian ruins built above the death cave and, horrifically, put the skulls of the Apaches on sale in his souvenir shop. In 1926, Miller murdered the property owner, a crime for which he was inexplicably acquitted.
There's a lot of information about this strange place on the net. I wouldn't want to wander around there after dark.
http://www.placesthatwere.com/2015/07/apache-death-cave-and-curse-of-two-guns.html 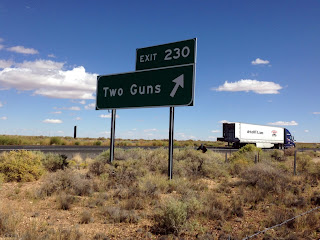 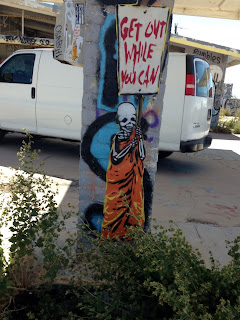 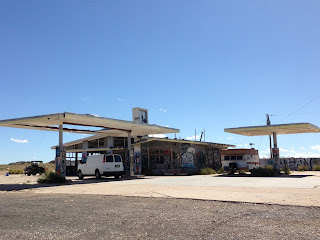 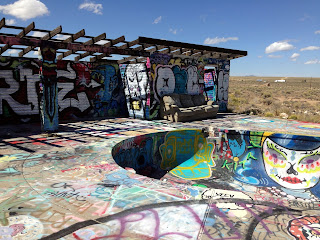 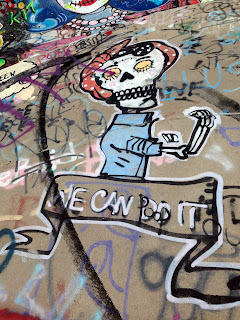 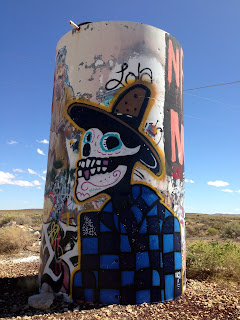 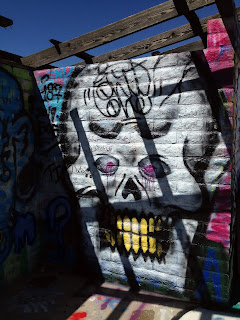 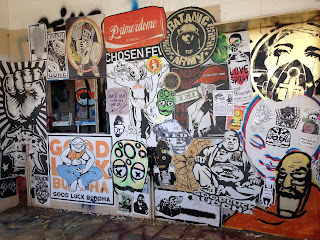 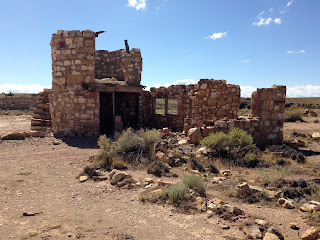 Posted by Paul Kirchner at 8:50 PM

Paul Kirchner
I am a professional writer and illustrator.